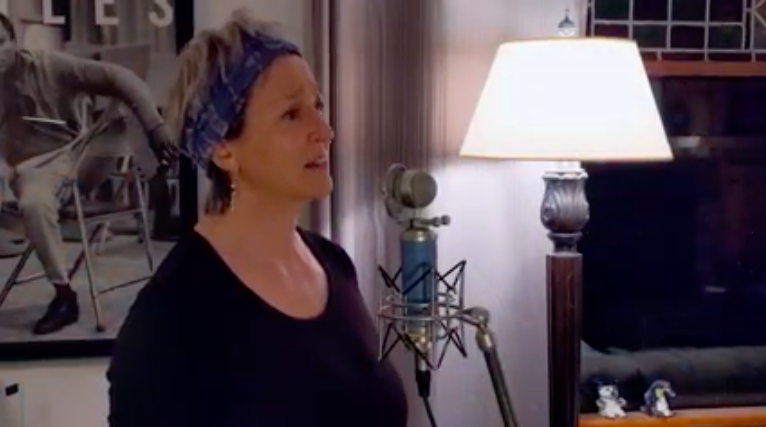 June 20th is celebrated as an annual state holiday in West Virginia. In the years leading up to the Civil War in 1861, discord over slavery, representation, and taxation had grown between the eastern and western sides of what was then the State of Virginia. On June 20th, 1863, West Virginia became the 35th state in the Union when it seceded from Virginia.

The State of West Virginia was born out of rebellion and a revolutionary spirit. The people of the west were quite different from the highbrow plantation owners of the east. They were born and raised with a staunch individualism as raw and rugged as the breath-taking, mountainous terrain we call home.

I took the risk of including yet another rendition of John Denver’s popular song “Take Me Home, Country Roads” on my Devil In The Hills album. But there is a reason this song speaks to all West Virginians: we are all called to this very special land. And for me, this traditional gospel styling more strongly expresses my own desire to return home to the place I belong.

This recording features West Virginia native Randy Gilkey on piano. Randy is a singer/songwriter, multi-instrumentalist, producer and recording engineer from Oak Hill, WV. Blind at birth, he gravitated to the sounds of the piano and began playing by age two. He was raised in the gospel music traditions of his local church. As former music director for the South Carolina beach music label Repete Records, he played and arranged music on albums for The Drifters, Maurice Williams & The Zodiacs, Steve Gatlin, Al King, and others. Randy has played on stage with Chuck Berry, David Holt, and on NPR’s Mountain Stage. Now living back in WV, Randy manages his own recording studio and is a sought-after session player.

“Take Me Home, Country Roads” was written by Bill Danoff, Taffy Nivert, and John Denver. It was released as a single performed by Denver on April 12, 1971.

Introducing “Devil in the Hills”